skip to main | skip to sidebar

I am showing portraits of individuals from Gypsy, Roma and Traveller communities from the UK, Slovenia and Italy, accompanied by the subjects’ own words.

The aim of Be-Longing is to promote an understanding of Traveller communities and counter the unspoken prejudices about such people. The core of my work consists of portraits of the people I have met while exploring this subject. In addition, to take my experiences of these communities further, and to invite dialogue and debate, I am making public some of the conversations I have had with the people I have photographed, and with others who have supported my research. There will be workshops, screenings and seminars during the exhibition at 198.

Feature in the BIG ISSUE 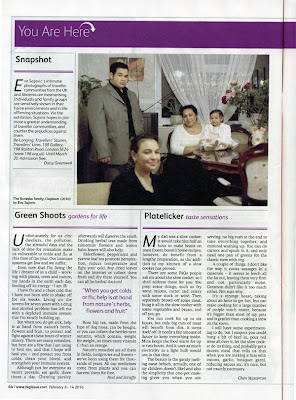 After growing up on the road as one of seventeen children, increasingly hostile public attitudes and the impending arrival of the first of his three children pushed him into a more settled life. He now runs the Gypsy Media Company, providing education about Gypsies and Travellers through media, and presents Rokker Radio, a BBC programme for the travelling community.

Resonance 104.4 FM recorded the debate. Further notice as to when it will be aired to come.

Some lively chatting and new introductions going on at arrival 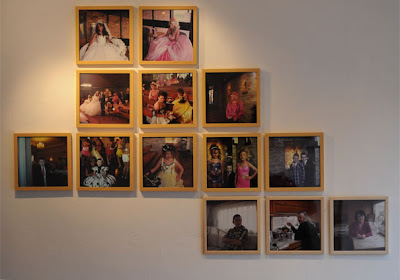 Roma in different locations in Slovenia

Setting up the show 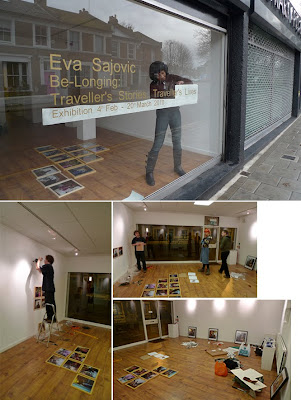 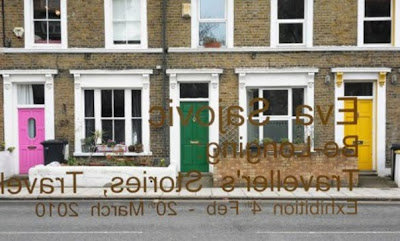 2009 witnessed a pogrom against the Roma community in Northern Ireland, and the rise of parties in European elections campaigning on anti-Roma manifestos. Traveller communities are the largest ethnic minority group in Europe numbering over 12 million people. For centuries travellers have suffered extreme levels of prejudice and rejection and for some it has been necessary to hide their identity to survive. Eva Sajovic’s exhibition Be - Longing photographs of people from Gypsy, Roma and Traveller communities forms a small part of the necessary reaction.

Sajovic’s intimate photographs of traveller communities from the UK and Slovenia are mesmerising. Her sensitive portraits of individuals and family groups, in their home environments and in life affirming situations, show the current situations and concerns of her subjects. She displays her images accompanied by written accounts or recorded testimonies which give her subjects a voice, giving the viewer a feeling of their presence. You get an idea of what life is like for these people, the importance of family, their relationships and connections to one another, their strong sense of pride and feelings of loyalty to their community and cultural identity, also the very real experience of suffering prejudice and being consider outsiders in the countries they live in. Eva connects with her subjects and collaborates with them to create images that are honest. She respects and values the relationship she has with her subjects and through this acceptance we experience the very intimate relationship Eva has with them.

Sajovic has been working with traveller communities for the last two years her most recent project being Pavee Widen (Travellers Talking) a book of photographs and texts made in collaboration with Roma, Irish Travellers and English Gypsies in the London Borough of Southwark and STAG (Southwark Travellers Action Group). With Be-Longing Sajovic hopes to promote an understanding of traveler communities and counter the unspoken prejudices about such people. She takes her experiences working with these communities further by not only presenting her work but also by inviting dialogue and debate through making public some of the conversations she has been having with the people she has photographed and the people who have supported her research, through workshops, screenings and seminars during the presentation of her work at 198.

Eva Sajovic is a Slovenian photographer who lives and works in London. In 2007 she won a merit in the Slovenian Ethnographic Museum’s Photographic Awards, and a D&AD award for photography; and has exhibited her work extensively, both in the UK and abroad.
Posted by E&C at 07:12 No comments:

Older Posts Home
Subscribe to: Posts (Atom)
THE EXHIBITION AND EVENTS ARE FUNDED BY THE ARTS COUNCIL ENGLAND.
MANY THANKS TO 198 FOR ALL THE SUPPORT. 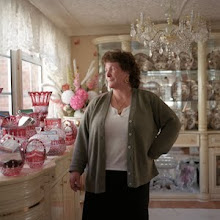 Kathleen in the living room of her caravan, Peckham 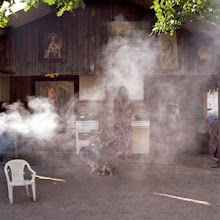 Weds 17th Feb 2010
6-9pm
Seminar exploring the role of photography and other artistic media in challenging stereotypes and prejudice.